In March 2021, a tragic Maryland wrong-way accident occurred on I-795. At approximately 3:00 a.m. someone reported a driver operating their vehicle in the wrong lane to the Maryland state police. Five minutes later, someone else called the police to report a wrong-way accident. The operator of the wrong-way vehicle was named Rodsheta Myers, and she died in the wreck. She collided with an SUV containing two passengers, one of whom was a 2-year-old. The three occupants of the SUV were all injured, so medical professionals transported them from the scene to the hospital.

Tragically, this is just one example of the many fatal wrong-way accidents that occur frequently in Maryland. Wrong way accidents often result in head-on collisions, which typically result in serious or fatal injuries. In 2019 alone, over 12,000 people died because of frontal collisions.

Maryland wrong way accidents often lead to serious injuries requiring expensive medical treatments and time away from work. If you or a loved one were injured in a car accident caused by a wrong-way driver, you shouldn’t have to pay out of pocket for the expenses associated with the injury. You could recover compensation for vehicle damages, medical bills, lost wages and more.

For legal assistance in personal injury claims, call Zirkin & Schmerling Law. Our personal injury attorneys have years of experience assisting injured Maryland residents and helping them receive the compensation they deserved for their accidents.

What are Some of the Causes of Wrong-Way Accidents in Maryland?

You need to be on the lookout for drivers operating their vehicles unsafely, especially during periods when traveling the wrong way is more common. The majority of wrong way crashes occur on the weekend between midnight and 5 a.m. Additionally, the majority of these wrecks occur in urban areas.

A driver having difficulty on the road may indicate that they’ll become confused and enter the wrong lane by mistake. Some of the causes of wrong-way car accidents include:

According to the National Transportation Safety Board, 15% of wrong-way accidents in the United States involve a driver over the age of 70. Older drivers often struggle with physical or cognitive impairment, leading to them becoming confused and drive into the wrong lane. Many older individuals face significant mental challenges that lead to confusion like dementia and Alzheimer’s disease. Additionally, older drivers often have poor eyesight and slower reflexes, meaning that they may have difficulty seeing that they’re in the wrong lane, and they may struggle to return to the correct lane promptly.

When a driver is under the influence of drugs or alcohol, they’re far more likely to operate their vehicle unsafely. Drugs and alcohol impair drivers’ reflexes, and they make it harder for drivers to stay focused and vigilant on the road. Approximately 58% of wrong-way accidents involve a drunk driver.

Drivers under the influence of drugs or alcohol often become confused, leading to serious collisions. They may swerve into oncoming traffic by mistake because of their impaired motor functions and awareness.

Tired drivers can be as dangerous as drivers who are under the influence of drugs and alcohol. Fatigued drivers may have a harder time focusing on the road, and they may even fall asleep while at the wheel. Tired driving usually occurs because a driver needs sleep, but there are situations in which a driver’s medication can make them tired and drowsy. When a driver is tired or loses consciousness at the wheel, they could veer into the wrong lane and cause an accident.

Drivers who are distracted at the wheel can easily drive into the incorrect lane and cause a wrong-way collision. A few common distractions include talking to a passenger, looking in the mirror, and handling the radio. Perhaps the most common way that drivers become distracted is by looking at their phones. When drivers take their eyes off of the road for even a second, they run the risk of entering the incorrect lane and causing a deadly accident.

Different forms of reckless driving can lead to a serious or fatal wrong-way accident. Some forms of reckless driving include speeding around corners and passing vehicles unsafely. Speeding around a corner can cause the driver to lose control of their vehicle and veer into oncoming traffic by mistake. Passing vehicles by traveling the wrong lane is highly dangerous because a driver may hit a car driving in the opposite direction head-on.

The initial injuries one sustains in a wrong-way accident can lead to a lifetime of serious consequences. Injuries could lead to severe scarring and disfigurement, and they can also result in a victim losing a limb. Additionally, the victim of a Maryland wrong-way accident could also suffer from a permanent physical or cognitive impairment, such as paralysis or brain damage.

What Should I Do If I See a Wrong-Way Driver?

If you spot a wrong-way driver on the road, you need to take certain precautions and actions to ensure your safety and protect others on the road. If you spot a vehicle driving in the wrong lane, you should pull off to the side of the road if possible, to avoid colliding with them. You need to get as far away from the wrong-way driver as possible, so try to move your car to the farthest part of the shoulder.

Once you’re in the safest position possible, you should try to alert the driver who’s in the wrong lane. The driver is likely confused, so you can draw their attention by repeatedly honking your horn and flashing your headlights. Hopefully, you’ll be able to catch their attention and they’ll realize their mistake.

If the driver passes you without seeing your warnings, you need to call 911. Reporting a wrong-way driver is critical for the safety of others on the road, and you may also save the driver’s life by alerting the authorities.

Proving That Someone Else Was Liable for Your Wreck

Whenever a car accident occurs, the authorities and insurance companies assess the actions of each driver involved. Every driver is legally responsible to abide by the law and practice duty of care while on the road. Duty of care means that drivers must act reasonably to avoid injuring others on the road. If a driver breaches this duty of care by driving on the wrong side of the road, they’ll likely be held liable for the wreck.

After you wreck with a driver operating their vehicle in the wrong lane, it’s their insurance company’s responsibility to compensate you for your injuries. Unfortunately, insurance companies often attempt to reduce the amount of damages or deny the claim entirely. They often try to prove that the victim in the car accident was partially responsible. Maryland is a contributory negligence state, which means that if a driver was partially responsible for a wreck, they cannot collect damages from the driver who was primarily at fault.

If you experience a wreck with a driver operating their vehicle in the wrong lane, you’ll need to prove that they were solely responsible for the wreck. This is why it’s critical to contact a personal injury attorney after experiencing a wreck. A seasoned personal injury lawyer will help you gather evidence supporting your claim so that you prove the negligent driver was solely responsible. A car accident lawyer can also represent you if you end up filing a lawsuit against the negligent driver, and they’ll work to maximize the amount you receive in compensation.

What Damages Can I Receive After a Wrong-Way Accident?

You need to collect the maximum amount of compensation possible to pay for your vehicle damages, medical bills, and more. In the event that you experience a wreck with a wrong-way driver, you could collect compensation for:

If you or a loved one experienced a wrong-way accident, you need to call an expert lawyer to assist you with your claim. Having a personal injury attorney at your side after a wreck is crucial because they can help you collect evidence supporting your claim, and they can ensure that you receive the maximum amount possible in damages. This is especially critical because the negligent driver’s insurance company will likely try to prove that you’re somehow partially to blame for the accident.

Here at Zirkin & Schmerling Law, we have years of experience assisting Baltimore and Maryland residents with car accident and personal injury cases. If you were injured because of the actions of another driver, we can help you hold the negligent driver accountable and receive the damages you deserve. Call our office at 410-753-4611, or you can schedule a free consultation by clicking here. 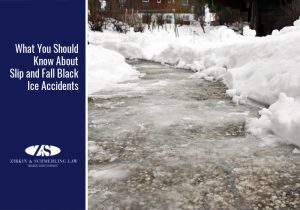 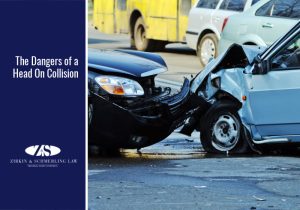 The Dangers of a Head On Collision Read More 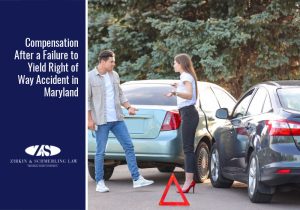 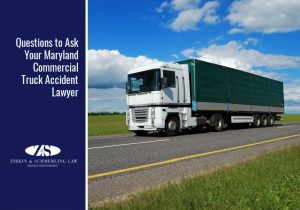 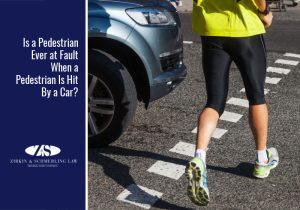 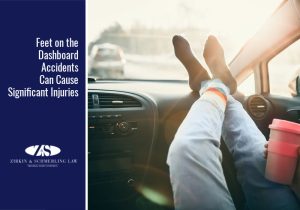 Feet on the Dashboard Accidents Can Cause Significant Injuries Read More 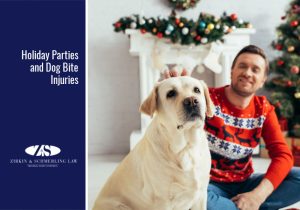 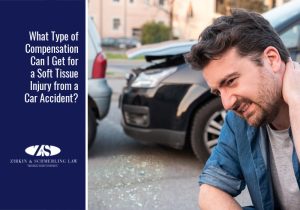 What Type of Compensation Can I Get for a Soft Tissue Injury from a Car Accident? Read More 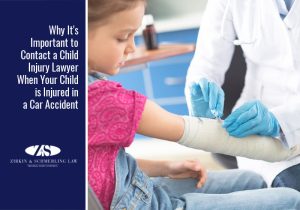 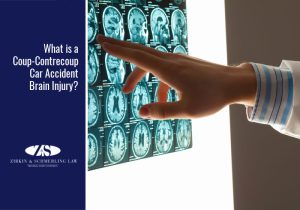 What is a Coup-Contrecoup Car Accident Brain Injury? Read More