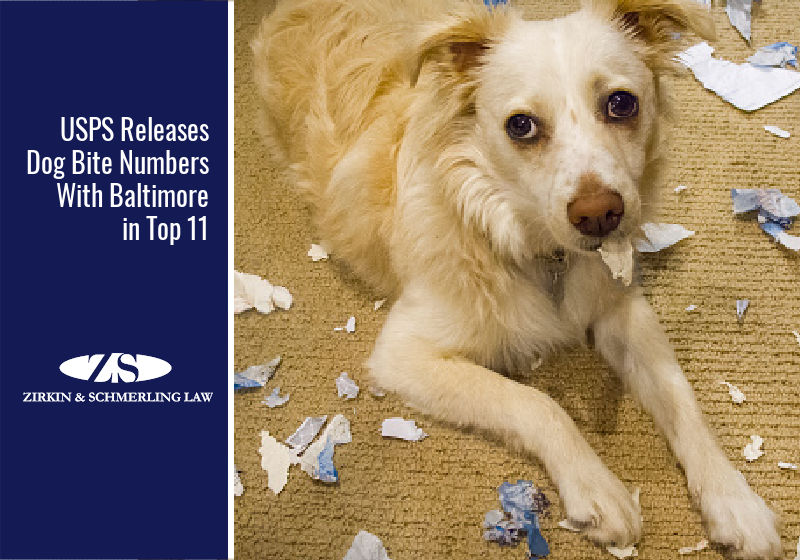 Baltimore had 29 dog attacks on postal workers in 2019, putting our city at number 11 on the U.S. Postal Service’s newest list of dog attack rankings. In total, 5,803 USPS employees were attacked by dogs that year, which is actually slightly lower than the previous two years.

While dog attacks on USPS workers are declining, attacks on everyone else are becoming more common. Postal workers have access to safety devices the average person doesn’t have, like handheld USPS scanners with instant alerts about dangerous dogs.

Nationwide, we saw a 164% increase in dog attacks between 2015 and 2019. Baltimore is a hotspot for dog attacks, with the news full of gruesome stories of adults and children suffering severe dog bite injuries.

Victims of a Vicious Dog Attack and Their Heroes

Remember this story from the national news? When six-year-old Bridger Walker saw his four-year-old sister being charged by a dog, he bravely stepped in front of her and took the full force of the attack. His heroism nearly cost him his life, resulting in deep dog bite wounds that took 90 stitches and extensive surgeries to fix.

Bridger saving his sister warmed hearts around the globe, triggering an outpouring of support for the family on social media. Actors from The Avengers saw the story in the news and came together to hail the Walker children as real-life superheroes.

In another story, 20-month-old Alessia Sansotta-Ingrasselino was the victim of a pit bull attack that damaged her eyes, jaw, and skull. She survived on a ventilator and her surgeon rebuilt her face in a series of plastic surgery procedures.

Although Alessia survived the attack and was able to celebrate her second birthday with her friends and family, she will be left with lifelong scars. She still has many more surgeries to come. An online fundraiser for the family’s costs raised about $49,000 which puts just a small dent in their enormous medical bills.

What would you do if a dog attacked your child and brought devastation to your life? Now your family is facing doctor’s visits, lost work, emotional damage, financial strain, and other losses that are almost incalculable.

The average cost of an insurance claim for a dog bite in the U.S. is $36,000, however the costs can reach upwards of $100,000 when someone is severely mauled. The standard personal injury coverage on a homeowner’s insurance policy is $100,000, but dog bites are so expensive that many insurance carriers now refuse to cover dogs or don’t cover certain breeds of dogs with a propensity to bite.

The damage goes far beyond the physical, leaving victims – especially children – with enduring emotional scars. A dog attack can leave someone with post-traumatic stress disorder (PTSD), anxiety, depression, paranoia, and unpredictable feelings of fear and humiliation. In fact, doctors at a children’s hospital found that PTSD symptoms after their patients’ dog attacks often took days, weeks, or months to emerge.

If you or your child is bitten by a dog in Baltimore, seek immediate medical treatment as well as ongoing therapy for lasting traumatic effects. A Baltimore dog bite attorney can help you hold the dog’s owner responsible for your medical bills, psychological therapy, lost wages, and unnecessary pain and suffering from a dog attack.

Have a Legal Question About a Dog Bite? We Have Answers

When you need to learn more about your rights, the attorneys at Zirkin and Schmerling Law can help. Contact us or call us at 410-753-4611 to set up an appointment with one of our experienced personal injury lawyers today.