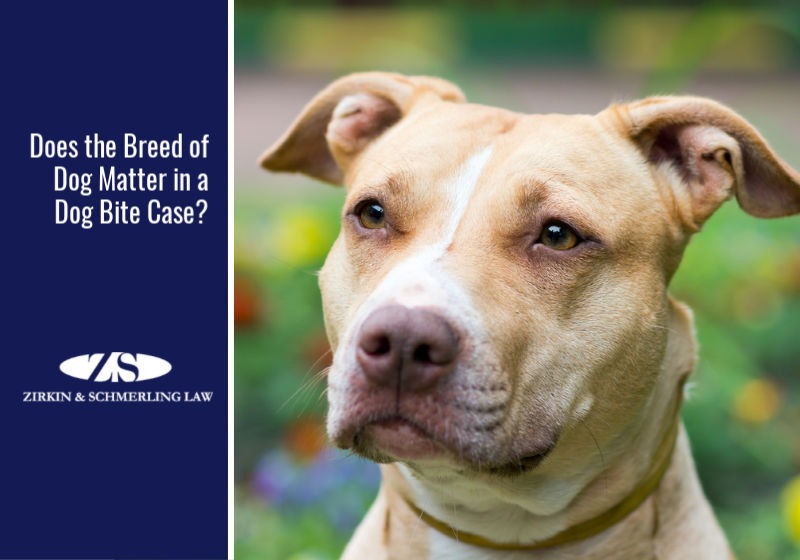 Imagine walking down your front steps and being attacked by a vicious dog that has been permitted to run at large. Suddenly you are one of the thousands of people who must take a trip to the hospital emergency room in the United States for dog bite injuries.

Pit bulls, as they are commonly known, are statistically the breed most likely to attack another individual. But does the dog’s breed matter if you are suing for injuries related to a dog bite? If you sue the dog’s owner, are you more or less likely to win because of the specific breed of the dog?

First, it’s important to know that in Maryland, a dog owner can be held liable for their dog’s behavior and is negligent if their dog is running at large and out of their control. It does not matter the breed of the dog.  Even if the owner didn’t see the attack and the dog escaped their home without their knowledge, under Maryland law the dog is considered to be “running at large” and is still the owner’s responsibility.

Contact the police and make a report after a dog bite. The police will likely get animal control involved and attempt to locate the owner. From there, the authorities will look into the animal’s history and health records.

Your priority after a dog attack should be seeking medical care. You may need a rabies shot or other care that could save your life. Dog injuries can be extremely severe and often require emergency room treatment, antibiotics, vaccinations, plastic surgery, and physical therapy.  There can also be devastating psychological effects of a vicious attack.

How Much Does Breed Matter?

But in terms of Maryland law, does it matter whether you were attacked by a pit bull or a miniature poodle? In a word, no.

Maryland is a breed-neutral state. This means a dog’s breed doesn’t matter in determining liability. Liability law requires that the owner knows, or should know, of the propensity of a dog to bite. The dog’s breed is irrelevant.

For a brief period of time, the Maryland Court of Appeals determined that an owner of a pit bull was strictly liable for any damage caused by the dog in an attack, regardless of the prior vicious propensities.  But the Maryland Legislature overturned that Court decision and created new law for the State.  The legislature determined that 1) a dog owner is strictly liable for damages done by a dog running at large, 2) the burden of proof on the prior propensities of the dog is on the dog owner and not the victim, 3) that the determination of whether the Defendant has met that burden will be decided by the trier of fact and may not be decided as a matter of law, and 4) that the state’s application of the law related to dog bites is breed-neutral.

Although there is no automatic legal liability in Maryland for certain breeds, you may face other consequences for owning a particular type of dog. Pit bulls, rottweilers, German shepherds, and some other breeds are often excluded from homeowner’s insurance policies.  It is interesting that although the state specifically is breed-neutral as to liability, the insurance companies may still discriminate against you as to the breed of your dog in writing your insurance policies.

This means if you attempt to get homeowner’s insurance and you own a rottweiler, the insurance carrier may refuse coverage outright, charge you more for coverage, or ask you to sign something saying the dog’s actions are excluded from your policy.

In addition, some counties, cities, and homeowner’s associations have tried to set rules limiting or banning certain dog breeds in the area. Prince George’s County, for example, has a controversial pit bull ban that has survived several legal challenges.

If you’re confused about the law regarding your dog’s breed, or if you’ve been bitten and are considering a lawsuit against a dog’s owner, contact a Maryland attorney who has plenty of experience with dog bite cases. Under Maryland law, you have a right to sue for the compensation you need to recover from a dog bite.

Have a Legal Question About a Dog Breed and Dog Bite? We Have Answers

When you have a dog bite case, the attorneys at Zirkin and Schmerling Law can help. Contact us or call us at 410-753-4611 to set up an appointment with one of our dog bite lawyers today.

Does the breed of a dog matter in a dog bite case? The short answer to that question in Maryland is, no. Many people mistakenly believe that if you’re bitten by certain breeds of dog, Pitbulls, Rottweilers, or German Shepherds, that it creates automatic liability. That is not the case. Maryland is a breed neutral state.

Liability law requires that the owner of a dog know, or should know, of a vicious propensity or tendency of the dog. And that is how a defendant is held responsible. In a strange twist there are some insurance companies that will disclaim coverage for certain breeds of dogs. But in terms of liability, Maryland is a breed neutral state.