In Maryland, the legal term “assault” covers a wide variety of offenses. Although many assault cases involve serious violence, many people are not even aware that their actions qualified as assault until charges are brought against them. If you have been accused of or charged with assault, you need to understand your situation and learn about your legal rights. This article will explain the basics of assault laws in Maryland and help you make an informed decision about your next steps.

How Do I Get Help for Assault Charges in Maryland?

The best way to defend yourself against assault charges in Maryland is to seek the help of a qualified professional attorney. The litigators at  Zirkin and Schmerling Law can assist you with both criminal and civil assault cases. If you have been charged under assault laws in Maryland, call us today at 410-753-4611. One of our attorneys will be happy to speak with you about your case during a free initial consultation.

Overview of Assault Laws In Maryland

Assault crimes and sentences vary from state to state in terms of their definition, severity of the crime, and severity of the sentence. In Maryland, an “assault” refers to any offense which might fall under both “assault” and “battery” in other states.

Assault crimes in Maryland can be either felonies or misdemeanors, depending on the severity of the accusation. If you are being accused of assault in Maryland, it is important that you know your legal rights and seek qualified help from professional attorneys with proven experience in Maryland criminal law.

You can be charged with first-degree assault in Maryland if you are accused of harmful or offensive contact causing serious physical injury to another person, attempting to cause imminent bodily injury to a person, or committing an assault using a firearm. You can also be charged with First Degree Assault if you seriously physically harm someone or tried to hurt them, but caused no permanent bodily harm to the victim. Under the right circumstances, a physical attack consisting of a push or a shove could qualify as a first-degree assault. Pointing a gun at someone also automatically qualifies as a first-degree criminal assault.

For these reasons, second-degree assault is one of the most frustrating charges you can receive in the state of Maryland. A person can be found guilty of this offense for action as violent as a bar fight or as seemingly minor as spitting on someone or threatening to punch them. Putting a victim in imminent harm by use of physical contact in a threatening manner can lead to a second-degree assault charge. Although these situations seem very different, all three of these examples would receive the exact same penalty under assault laws in Maryland.

Do you have more questions? Here are more answers: 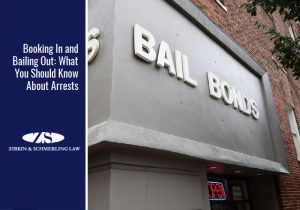 Booking In and Bailing Out: What You Should Know About Arrests Read More 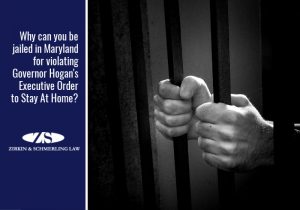 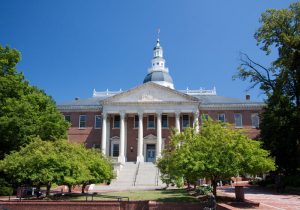 Self-Defense IS a Defense in Maryland Read More