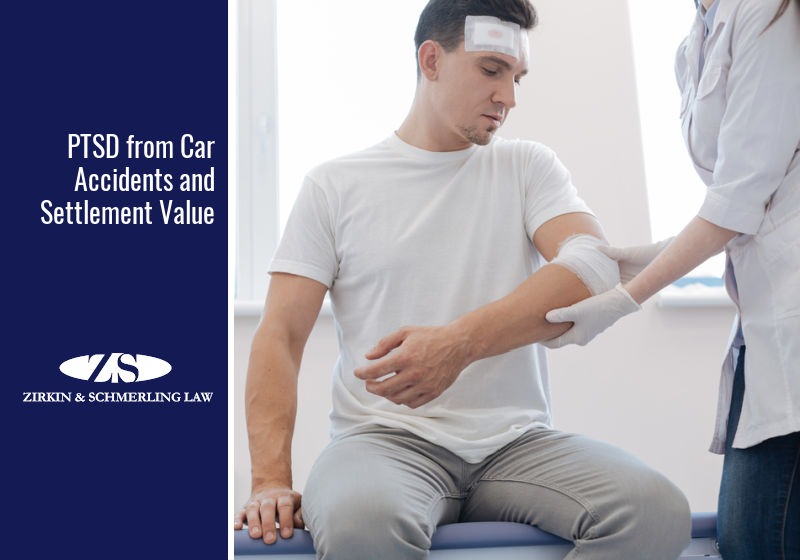 If you have been involved in a car accident in Maryland and been left with PTSD as a result, you are allowed to sue for damages.

PTSD stands for Post-Traumatic Stress Disorder, an aptly named mental health condition that is triggered by a terrifying event, such as a car accident. Its symptoms often don’t manifest themselvesright away, but can show up at any time without warning..

Soldiers who are involved in combat or who witness atrocities often suffer from PTSD, either at the time or later on in their lives, although the term itself wasn’t coined until 1980. Whether it was called soldier’s heart, combat fatigue, shell shock, war neurosis, combat stress reaction, or PTSD, the disorder was serious — and often debilitating.

You may not have been fighting in the trenches, but a car crash can also be a life-changing experience. You may have been physically injured, witnessed the injuries of others, or even witnessed a death. This kind of trauma has consequences.

There are an estimated 6 million motor vehicle accidents in the U.S. each year. According to the NIH (National Institutes of Health), 6% – 25% of children and adolescents and 39.2% of adult survivors of those accidents go on to develop PTSD.

The common symptoms are not exactly the same for each person affected, but they are generally grouped into four categories:

As you can see by this list of possible symptoms, PTSD from car accidents belongs in the category of pain and suffering and thus is something you can claim in your accident lawsuit. Not only do you have to deal with the anguish of the condition itself, but you may also have missed income because of depression, time off for doctor appointments, and therapy appointments.

There is no clear-cut formula for determining the actual amount of pain and suffering you have experienced (the current cap for pain and suffering damages in Maryland is $860,000 and that goes up each year), but the experienced PTSD lawyer Zirkin & Schmerling Law will fight for you to receive the compensation you deserve. We understand the trauma that you have been through and also take future suffering into account as we represent you.

As you can imagine, the insurance company of the at-fault driver will want to minimize your distress. They may say that your symptoms are just normal temporary depression after being in an accident. We will build a case to prove the severity of your pain and suffering.

Some Items That May Be Helpful to Gather:

Keep in mind the fact that the Maryland Courts & Judicial Proceedings Code section 5-101 says that a civil lawsuit for personal injury “shall be filed within three years from the date it accrues.”

We’re here to help you understand your rights and regain peace of mind. Whether you’re suffering from physical pain, lasting psychological damage such as PTSD from car accidents, or even a fear of driving, the car accident attorneys at Zirkin & Schmerling Law are here to represent you.