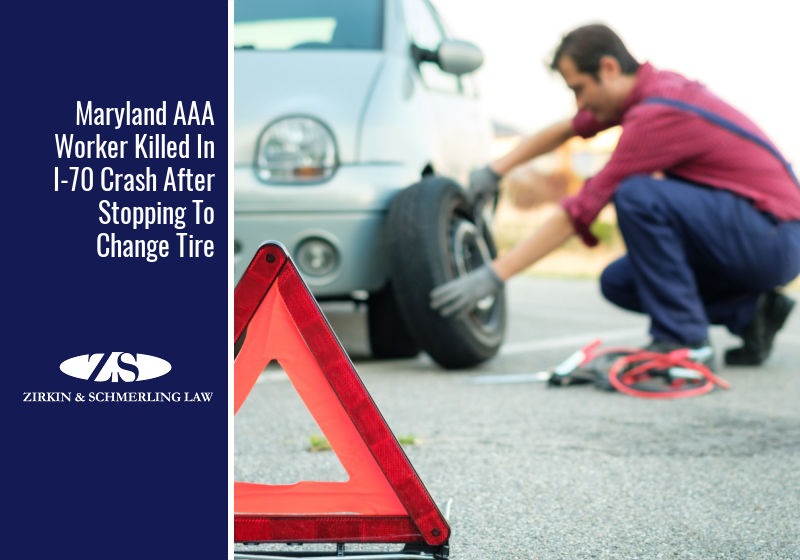 On Thursday, October 28, 2021, a AAA contractor was killed in an I-70 crash due to the negligence of another driver. The 38-year-old contractor Muhammed Shehzad took safety precautions while changing a tire. He wore a safety vest and had his van’s emergency lights on. Despite his precautions, a pickup truck driver crashed into him and his van as he was returning to his vehicle. The tragic accident serves as a sobering reminder of the importance of slowing down and moving over for vehicles stopped on the side of the road.

Whether you’re driving in Maryland or another state, you need to be aware of your state’s “Move Over” laws and follow them accordingly. Abiding by “Move Over” laws can mean life or death for a first responder or someone else stopped on the side of the road.

Before 11:30 am, Muhammed Shehzad changed a flat tire as part of his contract work with AAA. On his way back to his van, he was struck and killed by a Chevrolet Colorado pickup truck driven by a 77-year-old man. After the driver hit Shehzad and his van, he continued driving off the road and crashed into a tree.

The police investigated the I-70 crash and closed all lanes on I-70 Eastbound. Since the incident, police have stated that charges against the driver are pending.

Although the death of Muhammed Shehzad is tragic, it’s not uncommon. AAA has reported that three of their representatives have been killed on the side of the road in the last six months. If you spot a roadside assistance worker or someone else on the side of the road, you need to slow down and move over to ensure their safety.

Although there are laws in place protecting those stopped on the shoulder, many drivers are completely unaware of them. According to the National Highway Traffic Safety Administration, 71% of drivers have never even heard of “Move Over” laws. You are required to move over one lane when you see qualifying vehicles on the side of the road. Those unable to change lanes due to weather or traffic conditions are required to slow their speed. The laws are in place to avoid needless injuries and death

Drivers are required to move over for certain vehicles parked on the side of the road. If you or a loved one were injured due to someone breaking a “Move Over” law, you need to contact a personal injury and car accident lawyer to help you receive compensation. Skilled attorneys can gather evidence and offer invaluable support for your claim. For expert Maryland personal injury attorneys, call Zirkin & Schmerling Law. We’ve helped numerous individuals get the money they deserve from a personal injury sustained during a traffic accident. Call us at 410-753-4611 or click here to schedule a free consultation.