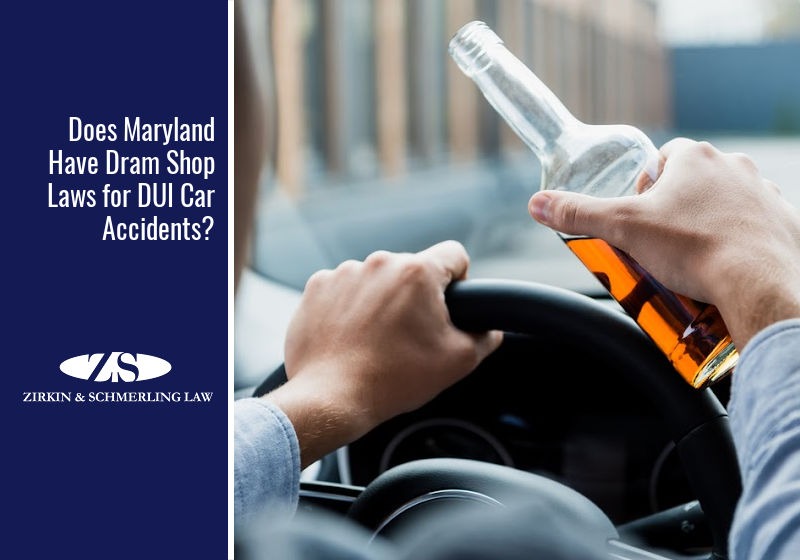 Car accidents involving impaired drivers are highly dangerous and cause thousands of injuries and deaths every year. According to the National Highway Traffic Safety Administration (NHTSA), DUI wrecks result in over 10,000 deaths in the United States every year. Around 28 people die every day in drunk driving accidents.

Maryland is not exempt from the dangers of drunk driving. The Maryland Department of Transportation stated that drunk and impaired drivers cause around 6,700 collisions every year, resulting in around 160 fatalities and 2,100 injuries. DUI wrecks are more likely to occur in the evening and over the weekend, but they can occur at any time.

One question many Maryland residents have about DUIs and liability is if our state features dram shop laws. In this blog, you’ll learn all about dram shop liability, Maryland laws, and your legal options after experiencing a DUI accident.

What is a Dram Shop?

Maryland is one of eight states in America that does not have dram shop laws, so establishments that sell alcohol cannot be held liable for personal injuries or deaths caused by a drunk driver. Victims of drunk driving have every right to sue the culprit that caused the traffic accident but not the dram shop.

Although Maryland doesn’t have dram shop laws, it does have social host laws. What this means is that if an adult serves alcohol to someone under the age of 21, they can be held criminally and civilly liable. If the underage drinker were to cause a wreck or another incident that results in injuries, the social host could be held liable for damages.

The social host can also face a penalty of up to $2,500 on the first offense and time in jail even if no one is injured by an underage drinker. Any subsequent offenses can result in fines of up to $5,000.

What Are My Legal Options After a DUI Crash?

If you experience a wreck caused by someone driving under the influence of drugs or alcohol, you need to prove four elements to recover damages. This is also the case of non-DUI accidents caused by another negligent person. Different elements in proving your claim involve the term “reasonable care.” Reasonable care is a legal term meaning that a person is required to act as a reasonable person would in a given situation. In order to recover damages from the negligent party, you need to prove that:

If you can prove that the driver was intoxicated and that they caused the wreck, that illustrates a clear breach of their duty to you as another driver on the road. They failed to perform reasonable care, and you became injured or your vehicle sustained damages as a direct result.

If you were injured by a drunk driver, you need legal support to help you prove your case. The car accident lawyers at Zirkin & Schmerling have years of experience getting victims the money they deserve from negligent drivers, including impaired drivers. For legal guidance and 24/7 support, call our office at 410-753-4611 or click here for a free case consultation.