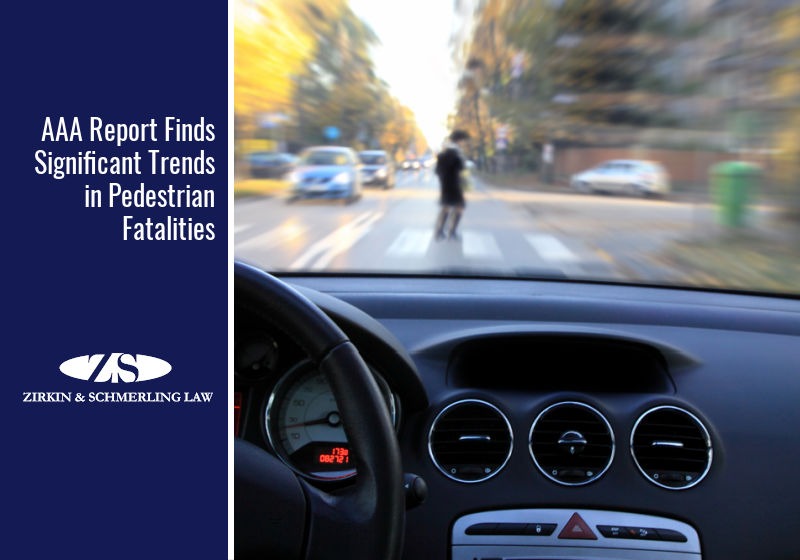 Why are pedestrian fatalities becoming so much more common? Here’s what the research shows.

Road Safety is a Mixed Bag

First, let’s look at the positives. Over the decades, vehicles have become much safer. When the National Highway Traffic Safety Administration (NHTSA) celebrated its 50th birthday last year, it declared 2020 the best year ever for vehicle safety.

The roads themselves are becoming safer too. The World Health Organization notes that road design improvements like roundabouts, sidewalk barriers, and speed buffers making slow but noticeable progress in saving lives.

However, other factors may outweigh these gains. When the AAA studied American’s increase in pedestrian fatalities, they found three primary factors that have worsened in the past decade:

Location is a big factor. The AAA researchers found that almost the entire increase in pedestrian deaths has occurred in urban areas, not in suburban or rural areas. Our city streets are more dangerous to walk in now than they were a decade ago.

It’s also worth pointing out that distracted driving has been a large and growing problem during the past decade. Texting-and-driving is on the rise and is illegal here in Maryland – although many people still don’t seem to care.

Key Takeaways From the AAA Report

As a driver or pedestrian, you can learn from the AAA’s findings to stay safe on the road. Keep these things in mind whenever you walk or drive in Maryland.

First, there’s a high risk of pedestrian-vehicle accidents everywhere on city streets, not just at busy crosswalks and intersections. This risk is particularly high in areas with poor lighting during the late-night and early morning hours. Almost 90% of the increase in pedestrian fatalities occurred between 11 p.m. and 4 a.m. on weeknights.

Also, drivers of large vehicles like semis, commercial trucks, vans, and SUVs need to be vigilant about looking out for pedestrians walking nearby. Pedestrian fatalities involving SUVs, for example, rose 79% during the period the AAA studied.

Finally, drivers must follow the posted speed limits and stay alert anywhere there’s a risk of pedestrians stepping into the road. When you speed, you decrease your reaction time and increase the possibility of a sudden collision with a vulnerable pedestrian.

Drive Safely and Stay Within the Law

Remember, Maryland safety bill SB460 recently increased the penalty for failing to stop your vehicle for a pedestrian from $500 to $1000. The funds from these fines will be used to further improve Maryland’s walkability through pedestrian-friendly crosswalks and roadway safety features.

Pedestrians make up a shocking 20% of our state’s traffic deaths and it’s up to all of us to look out for them and keep them safe on Maryland’s roads. Ideally, we could reduce the number of pedestrian deaths to zero by the end of the decade.