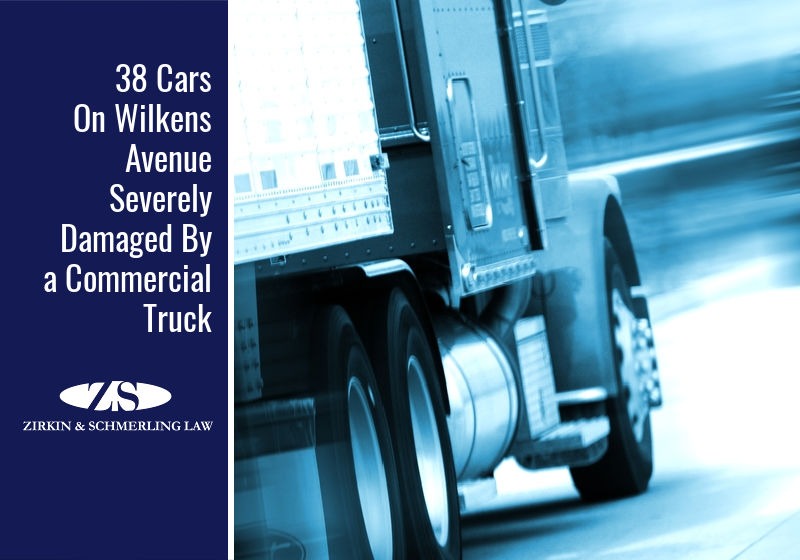 Accidents involving large commercial trucks and work trucks can be devastating. The size and weight of these vehicles are extreme compared to other passenger vehicles, so the resulting damage and injuries are often quite severe and extensive.

Just recently, one such incident occurred in Baltimore, MD, when a worker driving a large welding truck started running into cars in the 2200 block of Wilkens Avenue. The incident, which occurred around midnight, left 38 cars totaled and at least one person injured. Witnesses were completely in awe as they came out of their homes to witness the truck plowing down cars parked along the side of the road. The man who was injured was sitting in his car when it got hit.

The police have not released any reports of what happened exactly, but it is believed that the driver was impaired in some way and was not running the cars down on purpose. Still, residents were devastated by the damage and angered by the driver’s actions.

Though truck accidents like this exact one don’t happen often, it is common for work vehicles and commercial trucks to be the cause of numerous traffic accidents every year. These incidents can be extremely traumatic and difficult to deal with, especially when severe damages and injuries are sustained.

If you or a loved one are the victim of an accident involving a work or commercial truck, the personal injury experts at Zirkin & Schmerling Law can help. We know how frustrating these kinds of accidents can be and are dedicated to helping our clients seek justice and get the compensation they deserve.

What are the Causes of Truck Accidents?

Commercial and work truck accidents can happen for numerous reasons. However, like the incident above, it is often due to driver negligence from things like distraction, fatigue, or being impaired. Unfortunately, when the driver of a large truck acts negligently, the resulting damage and injuries are generally much more severe than when drivers of smaller commercial vehicles act negligently.

For this reason, commercial and work truck drivers are often held to higher standards and have strict laws and regulations to follow to avoid such tragic incidents. Still, even with the added regulations, these accidents continue to happen.

Some of the most common causes of commercial truck accidents include:

Who Can be Held Liable for a Commercial Truck Accident?

Though these truck accidents often happen as a result of driver negligence, other parties can be held responsible when an accident involving a work or commercial truck occurs.

Potentially liable parties you can recover damages from include:

Generally, when a truck driver causes an accident, they are not personally responsible for paying the victims for their damages. It is usually the insurance provider of the company they work for that will be responsible. Companies have a responsibility to ensure their workers are following safety protocols and regulations, so if one of their drivers acts negligently, the liability will often fall back on them, not the driver. However, if the driver was found to have exhibited gross negligence and purposely acted recklessly, such as by driving while under the influence of alcohol, they could be the one held liable or partially liable.

Truck manufacturers, shipping companies, and repair shops can also be held liable if their negligence contributed to the accident in any way. For example, if the accident occurred because of a malfunction, poor maintenance, or improper loading of cargo, one of these other third parties could be held responsible.

How a Maryland Truck Accident Lawyer Can Help

Proving fault and holding the guilty party liable after a truck accident can be challenging. Though you might think it is obvious who was at fault, insurance companies will often do whatever they can to deny fault and protect their client, especially when that client. Thus, handling these kinds of cases typically requires the assistance of an attorney.

Personal injury attorneys work to help their injured clients seek justice and recover as much compensation as possible. They have experience dealing with insurers and know what it takes to provide the necessary evidence to prove the fault of the guilty party. Without an attorney, the insurance company will likely offer you a low settlement amount that is much less than you deserve.

At Zirkin & Schmerling Law, we have years of experience helping those injured by drivers of large commercial vehicles and work trucks. Contact us or call us at (410) 753-4611 to set up an appointment with one of our experienced accident lawyers today.