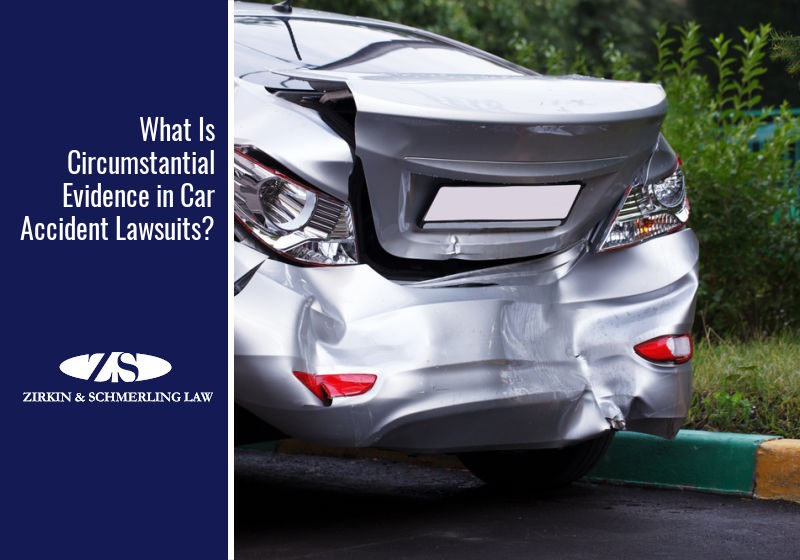 During car accident cases, evidence must be established that the defendant violated a duty of care. This can be accomplished through a variety of ways, such as showing that the driver was intoxicated, distracted, or was otherwise negligent.

Both direct and circumstantial evidence can be important components of car accident lawsuits in Maryland. If you’ve been involved in a car accident, it’s important to understand these terms and how they can apply to your case.

Direct evidence is evidence that tends to prove the conclusion that is being asserted without the need for a factfinder or other party to make an inference. Let’s say, for example, that a car runs a red light and then crashes into another car. After a witness observes this event, the witness’ testimony that the car did in fact run a red light and crash into another car would be considered direct evidence.

As its name implies, direct evidence provides glaring and direct proof. Direct evidence involves seeing or observing something directly and then reporting it as precisely as possible. It doesn’t require any reasoning to be considered as valid.

Here’s one example of circumstantial evidence in an auto accident case. In a hypothetical hit-and-run accident, imagine that a car hits yours and then takes off, but not before you could obtain the car’s license plate number. The driver is later identified but denies being there when the accident occurred or hitting your vehicle, and there were no witnesses around to provide testimony.

Zirkin and Schmerling Law: Supporting you

Car crashes are traumatic events for accident victims and for their families. You’ll want a Maryland car accident attorney team that can take the time to understand your case and provide the support and resolve needed to navigate a car accident claim and get you fair compensation. We’ve recovered millions for our clients, and we’d be glad to help you.

The attorneys at Zirkin and Schmerling are here to help. We’ll answer questions and guide you through your car accident case. Contact us or call us at 410-356-4455 today.