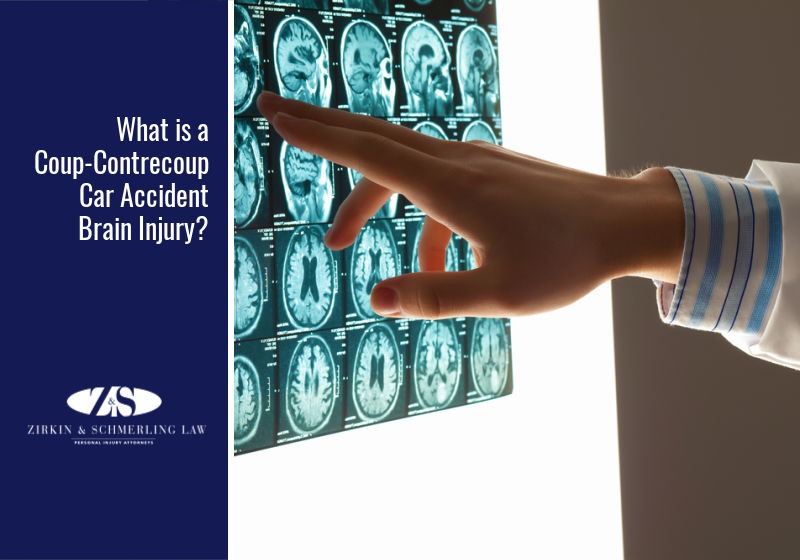 When a Maryland emergency room has a patient with a brain injury from a car accident, doctors quickly assess which form of brain injury is present. Depending on what happened and how the patient’s brain was affected, their injury falls into one of three main categories:

Below is a look at each of these types of traumatic brain injuries and how they connect to car accidents and seeking injury compensation.

How Do The Three Types of Brain Injuries Occur?

A coup injury, pronounced “coo,” is diagnosed when the brain trauma occurs at or below the point of impact. The primary area of damage exists almost precisely where the head was hit.

One of the most common types of coup brain injury is a direct hit to the head during a car accident. For example, imagine being hit from the right side at a low speed and your head impacts the glass to your left, causing a coup injury.

A contrecoup injury, pronounced “contra-coo,” comes from the French term “counterblow.” It occurs when brain trauma exists directly opposite the point of impact. This happens because the head moves back and forth and is damaged on the opposite side.

A common scenario involving a contrecoup injury is a vehicle being rear-ended at a slow to moderate speed. The injured driver’s chest moves forward into the steering wheel, but their head snaps back into the headrest. The result is a contrecoup brain injury, where the brain damage primarily occurs from a counterblow.

To understand how a coup-contrecoup injury can occur, imagine a semi-trailer moving at a high speed on Maryland’s dangerous Jones Falls Expressway. The trucker fails to brake on the expressway and slams into a line of stopped traffic. An injured victim acquires a coup-contrecoup injury from being hit from behind by the truck and also striking another car in front of them during the collision, meaning they suffer at least two severe brain impacts.

Who Will Pay for My Maryland Coup-Contrecoup Car Accident Brain Injury?

A coup-contrecoup brain injury is among the worst types of brain injuries someone can experience due to the phenomenon of successive force injury, which means brain damage worsens with each additional impact during a traumatic event. Treatment depends on the injury’s severity but usually includes a long period of medical intervention including decompression, surgery, monitoring, and rehabilitation.

For you, as the person experiencing the coup-contrecoup brain injury, long-lasting symptoms could make it difficult to resume your previous lifestyle. You may have head pain, neck pain, motor issues, sensory issues, memory loss, or even temporary to permanent paralysis.

Mood and speech disorders commonly arise in the weeks and months after a severe brain injury. You may feel anger, isolation, hopelessness, and difficulty managing your emotions or maintaining interpersonal relationships. Even with ongoing therapy, it can be extremely challenging to fully recover from such a serious form of brain trauma.

The good news is that you can hold the person who hurt you responsible. As an injured person in Maryland, you could be eligible to recover accident compensation for losses like:

Coup-contrecoup brain damage is a life-altering injury and you deserve the resources it takes to cover your medical costs and rehabilitation. You can hold the motorist responsible for hurting you in an auto accident and claim injury compensation, so talk to an experienced car accident attorney as soon as possible.

Here at Zirkin & Schmerling Law, our Maryland car accident lawyers care about helping people with severe injuries like coup-contrecoup brain injuries. We care about your situation and pride ourselves on working closely with our clients to pursue fair and full compensation.

Contact us on our website or call us at (410) 753-4611 to set up an appointment with one of our experienced car accident lawyers today.