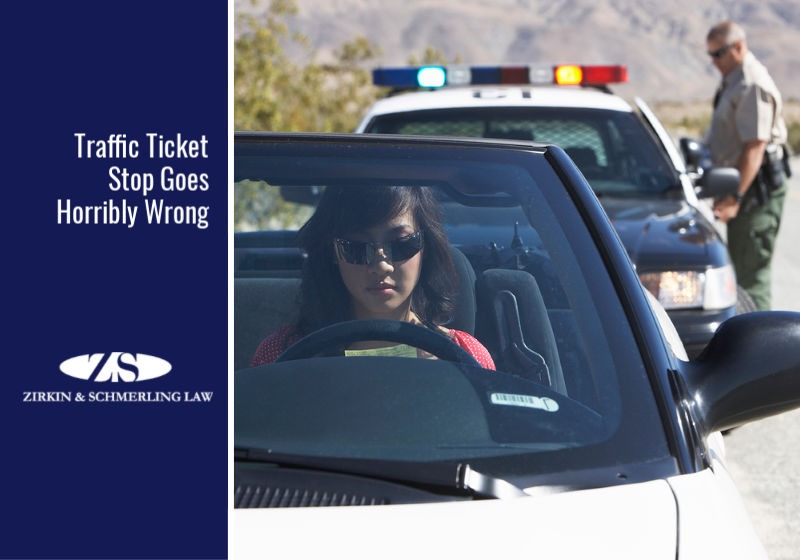 When the police stop someone for a traffic ticket, it sometimes sets off a series of tragic events that put everyone in danger – the person being stopped, the police officer, and the public. A simple traffic citation becomes a deadly disaster.

It starts out as a routine situation. An officer pulls someone over, which happens about 50,000 times a day and is the #1 most common reason for a U.S. citizen to interact with the police. But what happens next can go in many directions.

Most people simply accept a traffic citation without much objection, although they might not be too happy about it. The average cost of a traffic ticket is $150 – enough to make us grumble about the inconvenience.

But what if you’re scared of the police? Or on probation? Or driving without a license? You might not react normally to the traffic stop and things could quickly escalate.

It Happens in Moments: A Chase and a Crash

In Maryland recently, we’ve seen two police chases that happened after traffic stops. Both led to disastrous crashes, and both resulted in the driver’s deaths.

In June 2019, Deshawn Williams, a 24-year-old from Southeast, was traveling through Prince George’s County when police officer Nicholas Clayton used radar to detect him traveling 58 mph in a 30 mph zone. Clayton attempted to stop Williams on East Capitol Street.

According to Clayton’s report and his cruiser’s dash camera footage, Williams fled and traveled into oncoming traffic lanes. He turned onto Old Central Avenue, zig-zagged around a stopped vehicle, and crossed the double line again to avoid four vehicles.

Near 6100 Old Central Avenue, Williams lost control of his vehicle, hit a fire hydrant, struck the gate of a business, and was ejected from his car. The entire incident, from Clayton attempting to stop Williams to Williams’ body hitting the ground, occurred in less than 30 seconds. Although Williams was quickly transported to a nearby hospital, he died from his injuries.

In a similar incident in December 2019, a Prince George’s County police officer attempted to stop an SUV driver in the Adelphi area. The driver fled instead of stopping and crashed into a home. No one inside the home was injured.

After the crash, the police discovered that the SUV driver was deceased. His identity has not been released and police continue to investigate the circumstances that led up to the crash.

A Police Stop Leads to a Man Being Paralyzed

In another traffic stop incident, a Maryland man was partially paralyzed in October 2019 when an officer used a controversial take-down technique. Although the take-down is standard police procedure, it throws the suspect to the ground forcefully and led to Demonte Ward-Blake’s permanent spinal injury.

As the officers attempted to take Ward-Blake into custody, he began to struggle with them and thrust his elbow and body toward one of the officers. An officer used the take-down technique and Ward-Blake’s neck hit the roadway as he hit the ground, leading to his partial paralysis.

Here’s What to Do During a Traffic Stop

We’d like to offer some helpful tips for interacting with police during traffic stops:

When a routine traffic stop escalates and goes terribly wrong, you still have options afterward. Contact our criminal defense team to take action through the legal system.

Have a Legal Question About Traffic Stops? We Have Answers

If you have suffered an injury during a traffic stop or received a citation, the attorneys at Zirkin and Schmerling Law can help you understand Maryland’s traffic laws and personal injury laws to help you find justice.  Contact us or call us at 410-753-4611 to set up an appointment with one of our personal injury attorneys today.