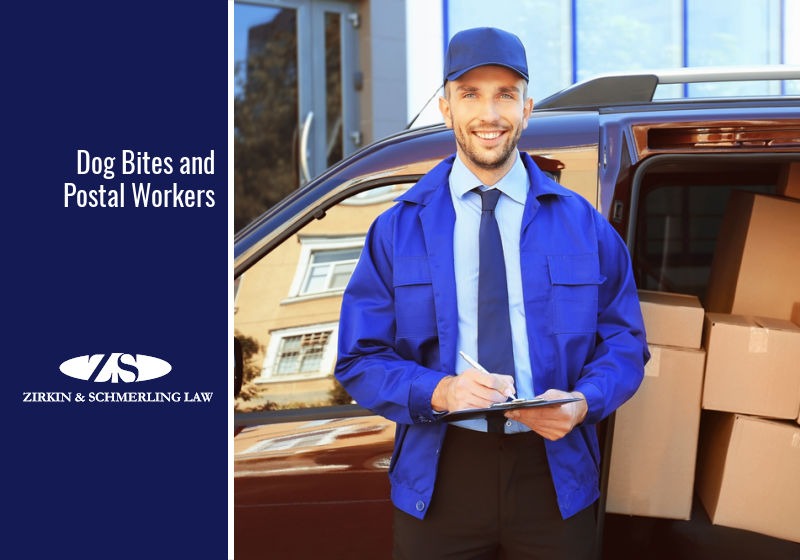 When the United States Postal Service released its annual dog bite statistics two years ago, Baltimore was at #15 nationwide. That put us among the nation’s worst cities for postal worker dog bites.

Unfortunately, things have only gotten worse. Baltimore climbed to #11 in the latest USPS data.

In fact, between 25 and 35 severe postal worker dog bites have happened in the city of Baltimore each year since 2017. Across the U.S, 5,803 postal workers suffered dog attacks in a single year.

Postal Workers are Constantly at Risk of Dog Bites

A postal worker’s job brings them in close contact with people’s homes, putting them at risk of dog bites in their daily work. Every time a mail carrier approaches a mailbox, driveway, or doorway, a biting dog could be waiting nearby.

The USPS has attempted to minimize the risk of dog bites by providing carriers with handheld scanners and other technology that alerts them to reports of threats in the area. This helps carriers stay aware of potentially dangerous dogs.

There are also things anyone can do to help keep carriers safe. Here are some tips from the USPS about minimizing the risk of dog bites:

Why Have Biting Dogs Become Such a Big Problem?

Dog ownership is currently at its highest point since the early 1980s, which has greatly contributed to the increase in dog bites. Today’s dog owners are also much more likely to own multiple dogs at the same residence.

The cost of treating dog bites has been on the rise too, with the average dog bite becoming more severe than ever. You’ll pay about 100% more for medical care today than you would have a decade ago, in part because your bite is more likely to involve severe bodily injury.

This may be due to increased breeding of certain “fighting” dog breeds that have extremely destructive bites, like pit bulls and rottweilers. These two breeds alone cause 75% of severe bites in the U.S. You may remember hearing about a vicious attack right here in Baltimore that involved two pit bulls and two men who were severely injured.

Dog Bites are Devastating for Postal Workers (and Everyone Else, Too!)

Imagine being a mail carrier who must make deliveries to homes with aggressive dogs. Day after day, you’re exposed to the risk of a severe injury. A single bite could cost you your job, your financial status, your physical health, and your emotional stability.

A dog bite is a serious psychological stressor, especially if the person has been bitten or nearly bitten in the past. Dog bites can cause people to suffer post-traumatic stress disorder (PTSD), anxiety, and depression that impacts their ability to work and be around dogs in their daily life.

A dog bite usually takes between several days to several months to heal. About 50% of all dog bites become infected and require treatment like antibiotics. Severe dog bites often need some type of additional medical intervention that may include plastic surgery and physical therapy.

The financial cost is staggering. The average value of a dog bite insurance claim in the U.S. is $36,000 and the cost can reach upwards of $100,000 when someone is severely mauled.

You can take action after a dog bite injury by contacting an experienced Maryland dog bite lawyer at Zirkin & Schmerling Law. Your case may be complex and challenging, but we have extensive experience with dog bite cases. We’ll help you seek compensation for your medical bills, psychological therapy, lost wages, and unnecessary pain and suffering.

When you need to learn more about your rights, the attorneys at Zirkin & Schmerling Law can help. Contact us or call us at (410) 753-4611 to set up an appointment with one of our experienced dog bite lawyers today.