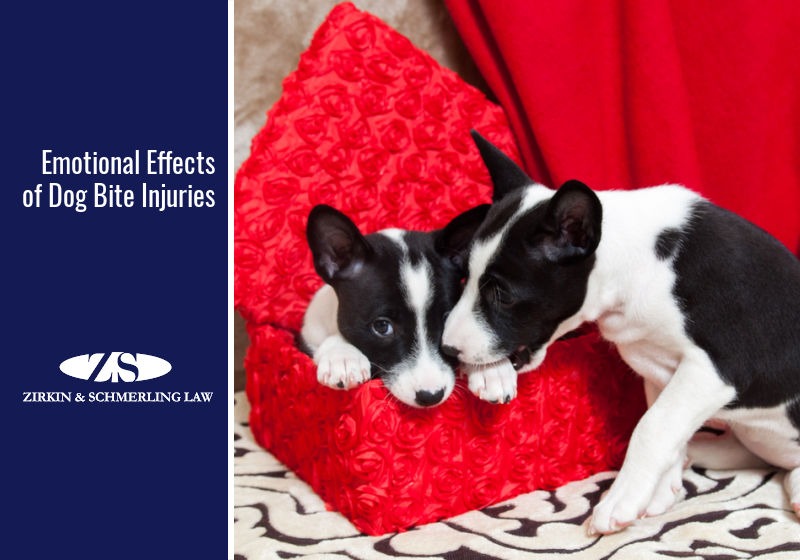 Developing emotional trauma after being bitten by a dog might seem on the lower end of things to worry about, especially if you are someone who has always loved dogs. Unfortunately, we can’t always control how our bodies react to traumatic situations. As the top firm handling dog bite cases in Baltimore, we have seen firsthand the emotional damage our clients experience as a result of dog bite injuries.

Though children tend to be the most susceptible, adults can also experience an array of emotional symptoms as well as physical manifestations —aside from the injury itself — as a result of being attacked by a dog.

According to the World Health Organization, 4.5 million people suffer from dog bites annually, with nearly 900,000 seeking medical care and 30,000 having reconstructive surgeries. Looking at those numbers, it’s no surprise that a number of those individuals develop post-traumatic stress disorder as a direct result of the trauma they experience from being bitten.

Dog bites don’t just leave behind physical scars but emotional ones as well. Because of the brutal and aggressive manner in which many of these attacks occur, even those who previously had a soft spot for animals can develop a fear of dogs as well as other mental health symptoms as a result.

Post-Traumatic Stress Disorder, or PTSD, is a mental health condition that results from experiencing or even witnessing a terrifying event. While it is often seen concerning those who’ve returned from war, PTSD can develop as a result of a number of other traumatic events as well, including dog bites.

Adults and children who have been injured by a dog or even witnessed someone else being viciously attacked can develop the following PTSD symptoms:

In addition to emotional trauma from a dog attack, the physical scars left behind from any injuries sustained can severely damage self-esteem. Even with reconstructive surgery, victims can develop a sense of shame and even guilt about their body and how it looks. You may even begin to obsess about your appearance and become hyper-aware and focused on any disfigurements or scars left behind.

This obsession with perceived flaws or defects in your appearance is called body dysmorphia. Those who develop body dysmorphic disorder tend to focus intensely on their appearance, constantly checking the mirror and seeking reassurance, which can significantly increase their stress levels and affect their daily lives.

For those dealing with the emotional and physical trauma of a dog attack, it’s not unheard of for cynophobia and agoraphobia to develop. Cynophobia is a fear of dogs, which typically is described as irrational and persistent.

Victims who develop this condition can be triggered by something as simple as a dog barking in the distance. If you’ve been bitten and attacked by a dog, however, we understand how real and rational that fear can be.

Agoraphobia is fear or anxiety over specific places and situations such as leaving the house. This is common in those who have lived through a traumatic event. As a result of the PTSD that victims of dog bites experience, agoraphobia can become a secondary disorder that develops. All of that emotional trauma can make you scared to ever step foot outside for fear of being attacked again.

Of those bitten by dogs, children are the ones most commonly affected, with the highest percentage of incidents occurring in mid-to-late childhood. In a study done involving 22 children, 12 developed PTSD in the months following the attack. The conclusion was that children who sustain injuries from violent dog attacks are at high risk of developing post-traumatic stress disorder.

Because children are much smaller, the injuries sustained can often be more severe than those sustained by adults. For this same reason, it can also be more traumatic. A dog coming at a child is much scarier and can seem like a much larger danger than a dog running at an adult. Along with those listed above, additional or different symptoms that can develop in children include:

Have a Legal Question About Dog Bites? We Have Answers.

If you or a loved one have suffered injury from a dog bite, the attorneys at Zirkin and Schmerling Law are here to help. We understand the emotional and physical toll dog bite injuries can have on your life. Our experts can answer all of your questions and guide you through the challenging process of Maryland dog bite law. Contact us or call us at 410-356-4455 to set up an appointment with one of our dog bite attorneys today.