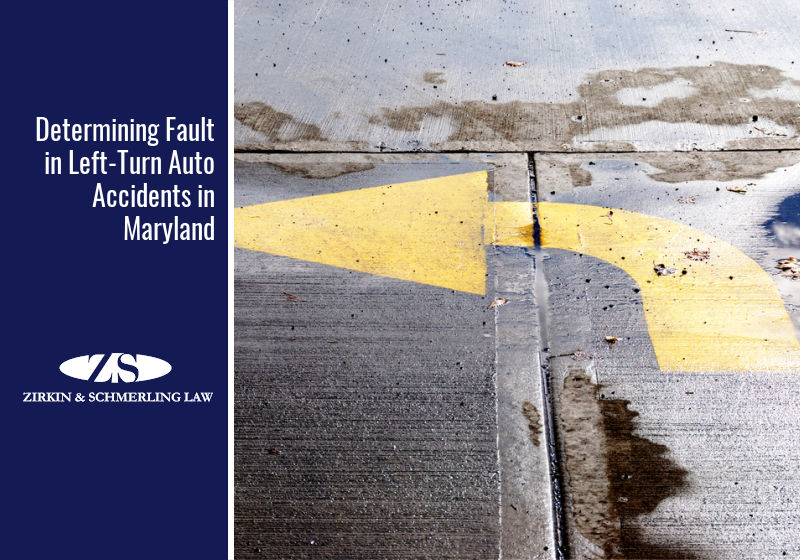 Making left turns is one of the top five driving phobias in the U.S., and with good reason. The NHTSA reports that 53.1% of crossing path crashes involve left turns, but only 5.7 % involve right turns. Intersections are especially dangerous because traffic is coming in all directions, so the potential for accidents is increased.

According to NHTSA crash statistics, in intersections controlled by traffic signals, about 69% of the crashes were classified as “Left Turn Across Path/Opposite Direction”  (LTACP/OD).

Often the driver making the left turn has limited visibility — or makes a premature turn because of the stress of impatient drivers honking in the lane behind him. Also, it has been proven that people are not perfect at judging the speed or distance of oncoming traffic.

A left-turn accident is especially dangerous because the car traveling in the opposite direction is often traveling quickly and because this car will slam directly into the side of the passenger side of the car making the turn. These T-bone accidents accounted for 23% of all accident fatalities in 2019.

As well as being dangerous for cars, left turns are notoriously hazardous to pedestrians and bicyclists. They are killed or severely injured by left-turning vehicles at over three times the rate as those struck by right-turning vehicles.

Because of the dangerous nature of left turns, the government and local municipalities try several solutions. We all appreciate a left-turn light — it takes all of the guesswork out of the left turn. However, it is not ideal for traffic pacin because, during the green arrow segment of time, no other cars can progress.

Another simple infrastructure solution that helps pedestrians involves placing rubber curbs or bollards in the middle of the road so that cars can’t cut diagonally across the pedestrian crossing when turning left. According to the IIHS (Insurance Institute for Highway Safety), the use of these barriers reduced potential accident-causing scenarios by 70% in the places where it was instituted in Washington D.C.

Government engineers are working on a solution for the dreaded and often deadly left turn called a diverging diamond (watch this short video if you are interested in how this works), but only about half a dozen of them have been built so far, so this is not the answer to all of our problems (at least, not yet).

Who Is at Fault for Left-Turn Accidents?

So, now that I have established the dangers of left turns, you may be wondering who would be held at fault in a left-turn accident. Most of the time, it would be the person making the actual turn. After all, he or she is responsible for finding an appropriate time to cross in front of the oncoming traffic. The oncoming traffic has the right of way.

However, in some cases, the oncoming driver could be at fault, for instance, if he or she ran a red light or stop sign.

Maryland’s left-turn law is called Transportation Code § 21-402 and clearly spells out the right of way laws:

(a) Turning left: If the driver of a vehicle intends to turn to the left in an intersection or into an alley or a private road or driveway, the driver shall yield the right-of-way to any other vehicle that is approaching from the opposite direction and is in the intersection or so near to it as to be an immediate danger.

(b) U-turn: If the driver of a vehicle intends to turn to go in the opposite direction, the driver shall yield the right-of-way to any approaching vehicle that is so near as to be an immediate danger.

(a) If the driver of a vehicle intends to turn right at any intersection, he shall approach the intersection and make the right turn as close as practicable to the right-hand curb or edge of the roadway.

(d) (1) The State Highway Administration or any local authority may place a traffic control device at or near any intersection in its jurisdiction and, with it, direct that vehicles turning at the intersection travel a course different from one specified in this section.

(d) (2) At an intersection where a traffic control device is placed under this subsection, the driver of a vehicle may not turn otherwise than as directed by the device.

Let’s simplify all of that: the driver making the left turn in Maryland only has the right of way when there is a green arrow (traffic control device).

Here is where things get really complicated: Maryland follows the contributory negligence law, which states that if someone is partially (even 1%) to blame for their accident or injury, they receive no compensation.

How does that apply when the person making the left turn did not yield right of way, but the driver in the opposite lane could have slammed on the brakes in time if only he hadn’t been speeding or texting — or eating a pastrami on rye?

This is the kind of question that juries have to decide, which is why you need the expert guidance of the car accident attorneys at Zirkin & Schmerling Law.

The best way to try and overcome contributory negligence in an auto accident case is by relying on the last clear chance doctrine ——-please include here the paragraph I wrote for the FAQ and include a link to the case law.

While it is rare to win a case on the last clear chance doctrine, the attorneys at Zirkin and Schmerling Law have won this argument on several occasions.  By doing this it took a case that was a definite loser and made it a winner for the injured victims.

There is huge potential for property damage and personal injuries in a left-turn collision. It can be difficult to sort out who is at fault. Drivers may offer conflicting stories about who had the right of way and what occurred in the moments before impact. Sometimes sharp angles are involved, and an accident reconstructionist must be called in to determine the physics involved in the car accident.

Let our team of experienced, qualified attorneys put their decades of experience to work for your case and your future!