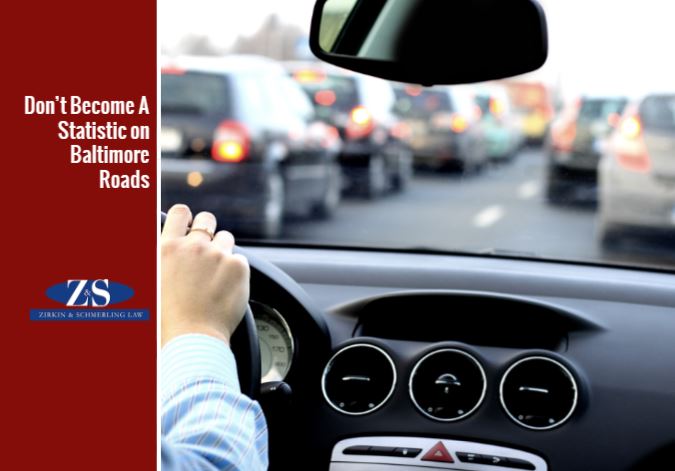 We know the roads in the greater Baltimore area can be dangerous.

A look at recent auto accidents on the streets of Baltimore and the surrounding area serve as good reminder for drivers to stay aware and be cautious, to avoid becoming an accident statistic.

In Edgewater on May 21, a 69-year-old man was thrown from his motorcycle after a collision with an SUV driven by teenagers. The Capital Gazette reports the accident happened on Central Avenue in the area of Mayo Road around 3:41 pm.

Witnesses reported the motorcycle struck the side of the SUV at the intersection. Anne Arundel County paramedics responded to the accident and a Maryland State Police medivac helicopter transported the driver of the motorcycle to the University of Maryland Shock Trauma Center in Baltimore with serious injuries, although none were believed to be life-threatening. The 18-year-old driver of the SUV had no injuries requiring medical treatment. However, the 17-year-old passenger sustained injuries and was transported to the Anne Arundel Medical Center.

School Bus Accidents Can Cause Injuries to Drivers

Maryland State Police were called to the scene of a school bus collision on May 22. The accident occurred on the southbound side of Rock Spring Road in Bel Air, Maryland at 8:30 in the morning.

The school bus plowed into the back of a car driven by a woman who was rushed to Johns Hopkins Bayview Medical Center to treat her injuries. The male bus driver was quickly transported to the University of Maryland Upper Chesapeake Medical Center. Baltimore’s local CBS affiliate reported that four students were on the bus at the time of the accident and none are injured.

The Salisbury Fire Department was called to the scene of a serious car crash that happened at 3:00 am on May 21, when a car on the bypass and East Salisbury Parkway crashed into the woods. Crews arriving on the scene found one person trapped in the car and another person ejected.

“Units arrived to find one vehicle in the woods with one subject trapped and one person ejected,” a Fire Department post explained. “Crews worked for about 20 mins to free the trapped occupant. Both subjects were transported to PRMC (Peninsula Regional Medical Center). Thanks to Parsonsburg Sta. 6 for assisting with traffic control until the arrival of State Highway.”

Local Police Victims of Crashes, Too

The driver of a car that rear-ended a police cruiser didn’t see the police lights until it was too late. The driver responded, “It’s worse when you hit a police car.” The car crash happened at Fleet and Haven in South East Baltimore. The officer behind the wheel of the police cruiser was taken to the hospital with no serious injury.

On a Monday morning in May, the I-895 Harbor Tunnel was closed due to a multi-vehicle accident occurring overnight, where a diesel tanker truck caught fire just outside the tunnel. While crews worked to clean up the remains of the incident, drivers had to avoid the area and use I-95 or I-695 as alternate routes until the lanes reopened around 8:00 am.

Have a Legal Question About Car Crashes in Baltimore? We Have Answers.

If you or a loved one are injured in an auto accident, Zirkin & Schmerling Law is an expert at answering all your questions and guiding you through this challenging process of Maryland auto accident law. We can help you find out if you can hold a third party responsible for your injuries and file suit for damages. Contact us or call us at 410-753-4611 to set up an appointment with one of our auto accident attorneys today.

In 2017, 63 People Were Involved in Fatal Auto Accidents in Baltimore, Resulting in 33 Fatalities