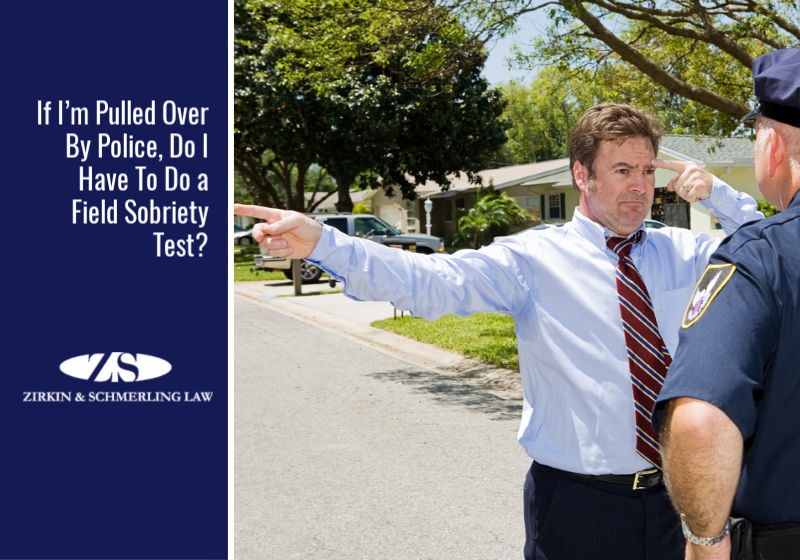 If a police officer pulls you over on suspicion of drunk driving, the next few minutes are of critical importance to your future. Worried and scared, most people do whatever the officer requests, including taking a field sobriety test.

But are you required to do so? The answer is no. People routinely decline these tests due to medical conditions, disabilities, anxiety, and even concerns about icy and snowy weather. In fact, you don’t even have to give a reason. It’s your right to refuse a field sobriety test in Maryland, period.

Let’s take a closer look at how field sobriety tests work and some tips for declining to take one if a police officer stops you in Maryland.

The National Highway Traffic Safety Administration (NHTSA) defines a field sobriety test as a set of three individual tests a police officer performs during a roadside traffic stop to determine whether a driver is showing signs of impairment. These three tests are the Horizontal Gaze Nystagmus (HGN) Test, the Walk-and-Turn Test, and the One-Leg Stand Test.

This set of tests has been used in police work since the 1970s. However, you might not realize they’re not 100% accurate – nor are they intended to be. Police officers use them to solidify an opinion on whether you’re too intoxicated to drive, collecting the results as evidence.

Scientific testing has found that, in terms of detecting subject that are at or above a 0.08 blood alcohol level content, the walk-and-turn test is about 79% accurate, the one-leg stand is 83% accurate, and the HGN is 88% accurate. That is plenty of room for error when the standard of proof is proof beyond of reasonable doubt. However, field sobriety tests are still usually admissible in court.

Should I Decline to Do a Field Sobriety Test?

In most cases, it’s best to decline a field sobriety test in Maryland. Here’s why: The officer has already observed you driving in traffic, pulled you over, interacted with you, and perhaps detected an odor of alcohol. They’ve likely already formulated a decision to arrest you.

This means sobriety testing is really just a way of gathering additional evidence against you to use in court later. Do you really want to volunteer that evidence?

Plus, here in Maryland, it’s a request – not a requirement. Police officers often phrase it as a polite question or an outright directive. But either way, don’t feel pressured to give in. Our state’s law creates no specific consequences for refusing a field sobriety test.

And, most importantly, field sobriety tests do not include the breathalyzer test administered a police station. Whether or not you should decline to take a breathalyzer test is a separate question answered by clicking here.

Here’s How to Decline a Field Sobriety Test

If you’ve been pulled over on suspicion of drunk driving in Maryland, here’s how to handle the officer’s request for a field sobriety test.

After refusing the test, you’ll probably take a ride down to the police station, but you’ll also avoid giving the police evidence against you. You’ll speak to your attorney soon and find out what’s best to do next. Remember, DUI charges can happen at any time day or night, so make sure you choose a Maryland DUI lawyer who takes calls 24 hours a day – like Zirkin & Schmerling Law.

Have a Legal Question About Field Sobriety Tests? We Have Answers

For issues involving a field sobriety test, the attorneys at Zirkin and Schmerling Law can help. Contact us or call us at 410-753-4611 to set up an appointment with one of our attorneys today.